Tilesets, characters, music and generator parts! Resized for MV with some favorite content from our beloved RPG Maker 2000/2003!

This resized bundle pack contains 4 DLCs including a variety of characters (complete with walking / damage / SV battler sprites, facesets and bust images), train tilesets, generator parts for kids characters and music that will surely spruce up your fantasy projects!

Are you a fan of the classic pixel style or on the lookout for an exciting new library of characters, tiles and music? Look no further than Add-on Pack!

2 of the DLCs in this pack are sold on Steam formerly known as:

Now you can buy all of these DLCs separately on our website for your convenience! 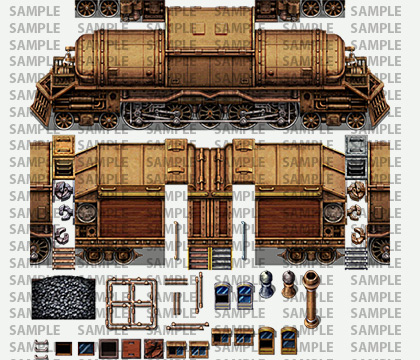