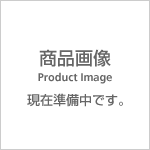 First of all, this pack is massive. Second of all, it's very well crafted by the creater of the beloved Time Fantasy series.

This pack includes over one hundred character sprites as well as the sprites of animals, aliens and robots. Each human character also has a face graphic, and sixteen of them have fully animated side-view battlers so they can be used as heroes. Each monster has an overworld walking sprite as well as an image to be used in side-view combat. On top of that, extra character sets are included for cars, vehicles, treasure chests, switches, and special effects!

If this pack is anything it's a steal of deal!