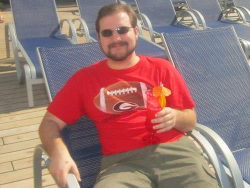 I've been on and off making things with RPG Maker for at least 15 years, starting with Super Dante RPG Tsukuru II for the SNES. In 2008, I started hanging out in fan forums and eventually ended up running one of the largest RPG Maker fan forums on the web. After that, I started working for the RPG Maker Web team helping handle our Social Networking accounts and the blog. After that, I helped found the official forums and took my spot as head admin there. Since then, I've ended up with my hands in a little bit of everything we do, and I enjoy every bit of it.

Outside of RPG Maker, I'm a husband and father of two kids and spend most of my spare time neck deep in one geeky hobby after another, from collecting Nerf Guns, to Tabletop RPGs, to Comic books. 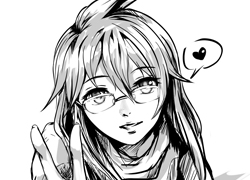 I am an aspiring game developer since I was 13 and after failing with game engines due to complexities, I finally encountered the one program that changed my life, RPG Maker. In the forums, I'm usually found in Game Dev boards, specifically General Discussion, and running a small event called, the Game Making Drive. A collaborative effort to help people bring up a schedule and discipline ourselves to finish the great task of completing a game. It's been awesome working with RMW Staff and I hope that there are more great things to come!

I'm a huge JRPG and Visual Novel fan. I'm also very geeky in a way that I can talk about Tabletop RPGs and Battle theories with someone all day.